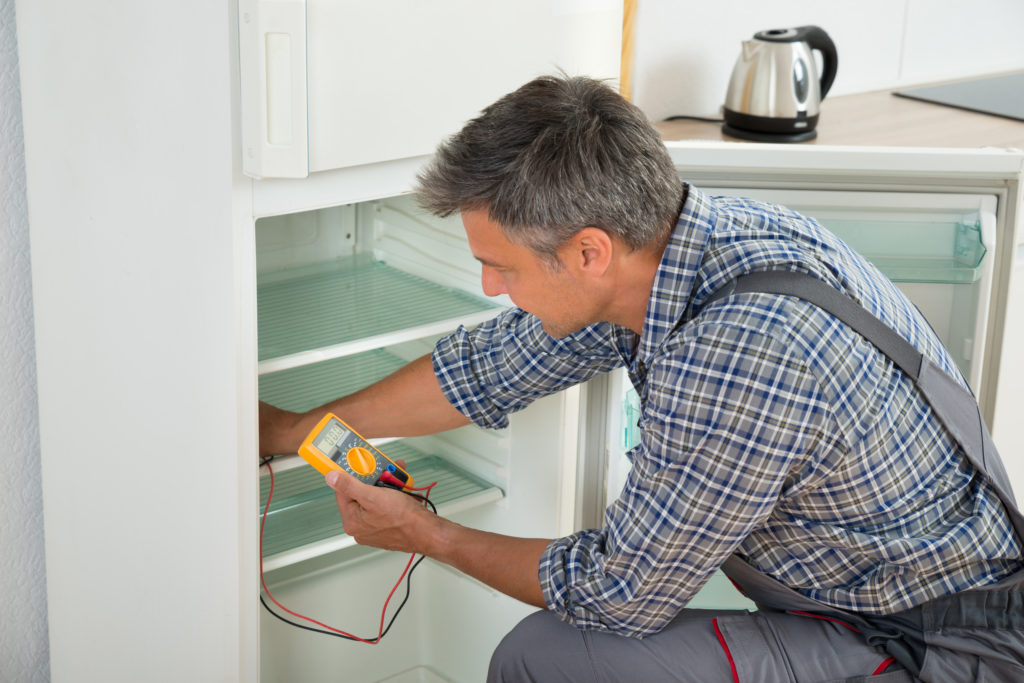 If a washing machine won’t turn on or start a washing cycle, many people quickly jump to the conclusion that the appliance has run its course and it’s time to invest in a new one.

However, there could be a few reasons why your washing machine isn’t starting its cycle, and you may just be surprised by how cheap and simple the repair could be. Read on to find out more.

The first thing to do when diagnosing a problem with your washing machine not starting a cycle is to check to see if the fault is with the wall socket, rather than the appliance itself.

Often appliances can flip the wall socket switch if they move about during the cycle, so it is worth seeing if this is the case.

If the socket is switched on but the machine’s lights are still not on, try plugging something else into the socket, such as a lamp, to see if that works. If this does not work then the problem will be with the wall socket itself, and this will need repairing.

If your lamp or radio does work when plugged in, then the problem is with the appliance.

The next thing you should check is the machine’s fuse. Try replacing the fuse with one of the same amps. If your washing machine now works, then problem solved!

Washing machine lights turn on but it is not working 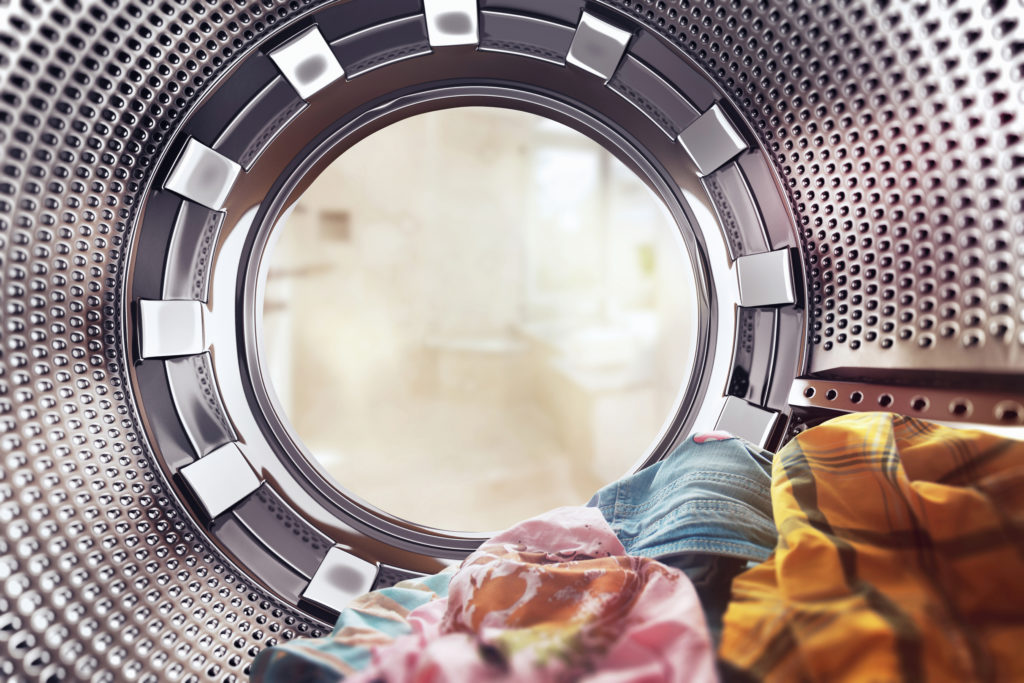 If the lights on your washing machine come on but it won’t begin the washing cycle, it’s clear that power is going through to it. Therefore, the problem lies with the appliance itself.

For safety reasons, modern washing machines are programmed to stop going into a cycle if the door is not shut properly. If there’s a problem with the door interlock, then the door could not be closing properly.

Check if you can hear the door click into the close position. If it does, then it could be a problem with the wiring or the sensor which tells the machine the door has fully closed and a professional may need to take a look at the machine.

If your washing machine won’t start, the above outlines some of the more common faults. However, there is a whole list of other potential causes which include a faulty heater or motor. 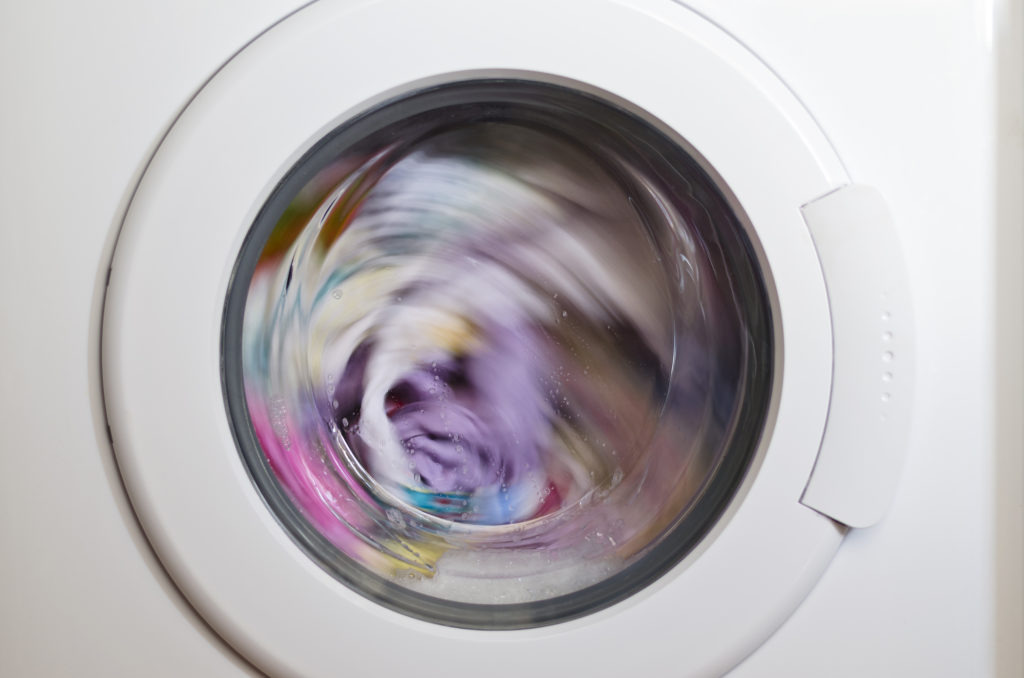 You have just completed a cycle, but now the machine won’t start

Have you completed a couple of cycles in a row and the machine was working perfectly, but you are now trying another wash, and your machine won’t start? The reason could be overheating.

The machine may not be starting as it needs some time to cool down after overworking. Leave it for a few hours and return to it later. If the device now functions normally, you will know that this was the case and can avoid doing this in the future.

If your washing machine needs to be repaired, please do not work on a live machine as this can cause further damage, or injury to yourself.

It is better to be safe and let a qualified service engineer carry out the repair.

All the lights come on …u go to turn on ..it tries to start but then nothing.
Last time it was working .it just finished a wash. I heard a clonk an it had tripped the elec

I switched my wash machine on with the door open now when after I closed it and started it again the wash light only comes on please an you help. Regards Eileen

You shouldn’t be able to start the machine with the door open as a safety feature. When you shut the door it should then have started as usual.

Try reading the manual to see if there is a reset process you can follow as it sounds like it might be stuck in the previous program. Otherwise you could try to let it run through to the end.

If the above doesn’t work then it would be time to call out an engineer.

Lights come on water in but nothing just dusnt move but Duse little clicking noises .

Make sure the door is shut properly as this would stop it starting. Apart from that, if there are no fault codes then you would need to look at things like whether the start button is working.

Washing machine turns on selects a cycle but won’t start. The door is also not always opening when it shoul. Clicks shit as of it is on cycle even when no cycle is happening

Sounds like the door interlock might be faulty. You could click on the ‘book an engineer’ button to see if we have availability in your area.

My washing machine was on a cycle and leaked quite a lot of water on the floor and had stopped working, tried another cycle, all lights coming on and door locked but it won’t work and no obvious noises coming from it!

Hi I have a zanussi washing machine and it wont go on a wash cycle for some reason. But it will still go on a rinse and spin no problem. So all components are working, motor, pump, door switch etc…any ideas why it wont start a wash cycle? It fills with water for 10 seconds then just sits there?

We have just got a new washing machine.The first cycle was working however when when we opens to take the clothes out , the water was still in. We tried to wash again ,0it when we press start ,it doent start and it starts making noises. I then took the water out and tried again but it still makes the same noises.
Please help🤦‍♀️

Hi can someone please help me if they know why my white knight washing machine has just stopped responding all the thre lights are on at the same time and no click in the door just not working.

Powers up as in light comes on but wont start any cycle I’ve turned it off at the mains and tried again hours later but still no joy. It shows HI on the control panel. Its a sumsung machine

seems like to coupler is like ”stuck” and needs help in moving
when I move it with my fingers, it does work but stops at next cycle and I would have to do the same manipulation of coupler to get it started again