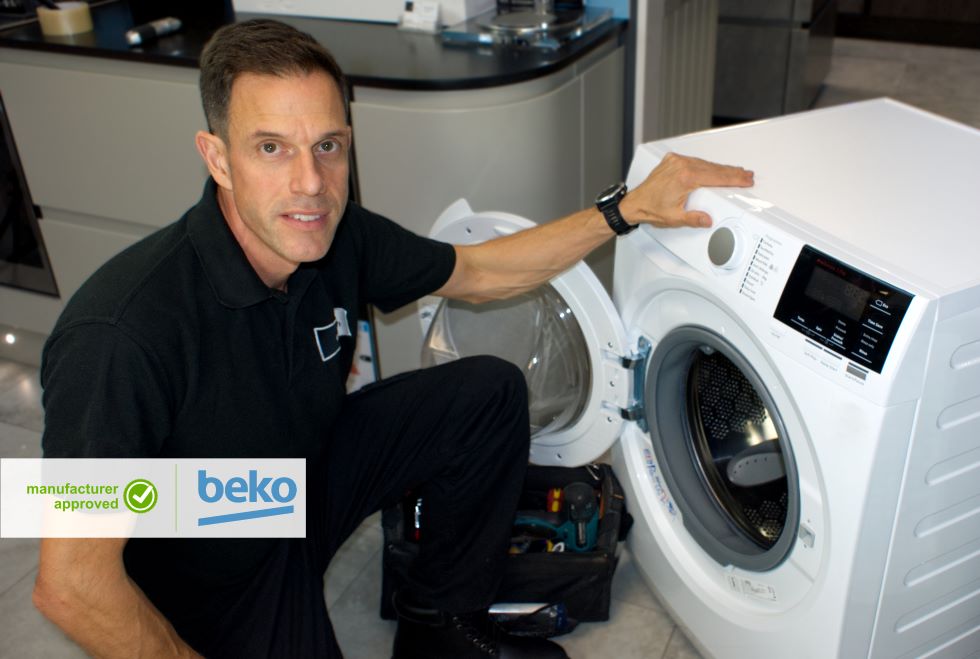 Being an approved repair agent of Beko means we repair hundreds of their appliances every week including; washing machines, dishwashers, fridge freezers, ovens, and more, so we know a thing or two about them!

We have a close and direct relationship with them which means all our repair engineers have access to regular training updates and technical information. All of this helps us ensure our knowledge and experience with their appliances is second-to-none. This is great for you because it means you'll always be welcoming an engineer who knows what they're doing.

All of our Beko repairs come with six months guarantee on labour and parts if the same fault comes back.

If you need a new machine we can help with that thanks to our extensive range of appliances both on our website and in our showrooms.

To book a repair for your appliance call us today or book online by clicking below.

The History of Beko

Beko was founded by Vehbi Koc, founder of Koc Holding, in the 1950's during Turkey's industrialisation.

Now, they're is a leading manufacturer known around the world for its range of domestic appliances including; cooking, laundry, refrigeration, and dishwashing.

We are an approved repair agent for Beko repairing hundreds of appliances on their behalf, so with Glotech you know you'll get an engineer who knows what they're doing!

Working so closely with them gives us an advantage in knowing what the most common faults are with some of their appliances.

Washing machines have a common fault of the dispenser drawer clogging up causing a blockage, or leaking.

Fridge freezer faults include the drain hole getting blocked which can prevent the fridge from cooling properly. It can also result in a leak or ice building up in the fridge.

Some common faults with dishwasher appliances include the on/off button sticking or becoming faulty preventing being able to turn them on.

Glotech make the repair of your Beko appliance easy, from start to end. Here are some reasons why you should choose us today:

One off labour charge for your Beko appliance repair, with any parts needed on top

Over 80% first time fix rate and 99% of same day and next day Beko appliance appointments met.

We have over a decade of experience repairing Beko appliances

We use the latest Beko software to ensure your machine is running on the most up-to-date version.

We cover the whole of the UK- this means we can get someone out to your Beko appliance quick!