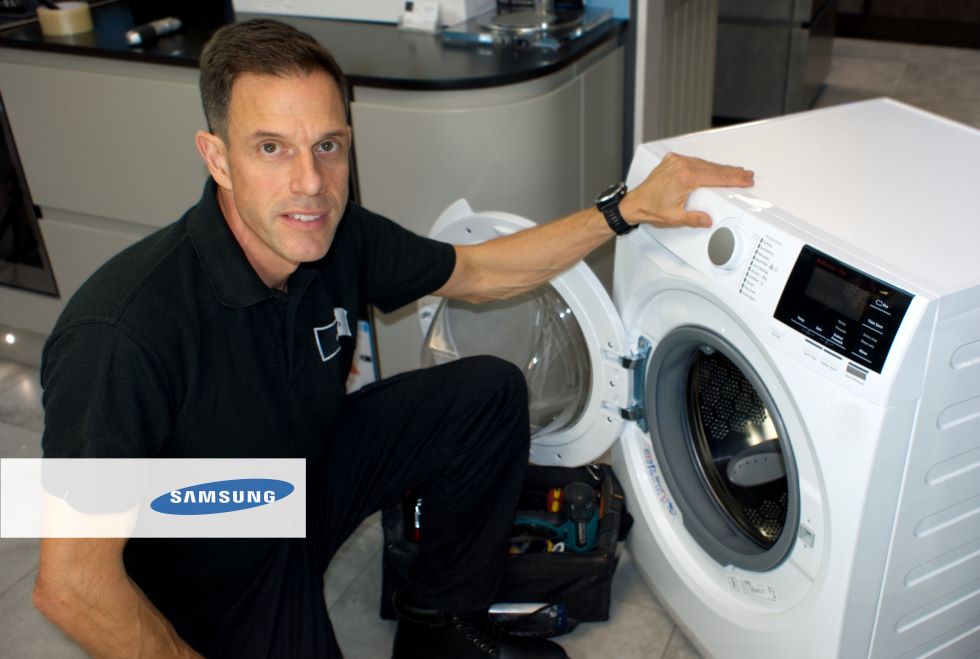 No one knows Samsung appliances better than us. we have direct access to Samsung systems and therefore have all the latest information and technical updates. All of our spare parts are genuine and are obtained directly from Samsung to ensure we deliver the highest levels of service to you.

Our Samsung repair and Samsung service engineers have been trained by Samsung themselves so you can rest assured knowing you'll be welcoming the best engineer for your repair.

All of our vans and warehouses are stocked with common parts to ensure every chance of fixing your appliance on the first visit.

Don't just let anyone repair your appliance, such as a Samsung washing machine, come to the Samsung specialists.

The History of Samsung

Samsung which means "three stars" had its own flour mills, confectionery machines, its own manufacturing and sales operations within a decade.

Fast-forward to today and Samsung is a leader in many markets including domestic appliances, smartphones and tablets, and hardware manufacturing to name a few.

Their high standards and second-to-none customer service has turned them into a "go to" brand for many customers.

As a Samsung approved repair company we are the best people to repair your appliance, whether it be a:

Samsung fridge freezers can sometimes fail to dispense ice cubes and often this is due to a blockage preventing the cubes from coming out.

If you have an oven made by Samsung that's not heating then the chances are the element needs replacing.

Glotech make the repair of your Samsung appliance easy, from start to end. Here are some reasons why you should choose us today:

One off labour charge for your Samsung appliance repair, with any parts needed on top

Over 80% first time fix rate and 99% of same day and next day Samsung appliance appointments met.

We have over a decade of experience repairing Samsung appliances

We use the latest Samsung software to ensure your machine is running on the most up-to-date version.

We cover the whole of the UK- this means we can get someone out to your Samsung appliance quick!