How To Stop Lint From Sticking To Your Clothes 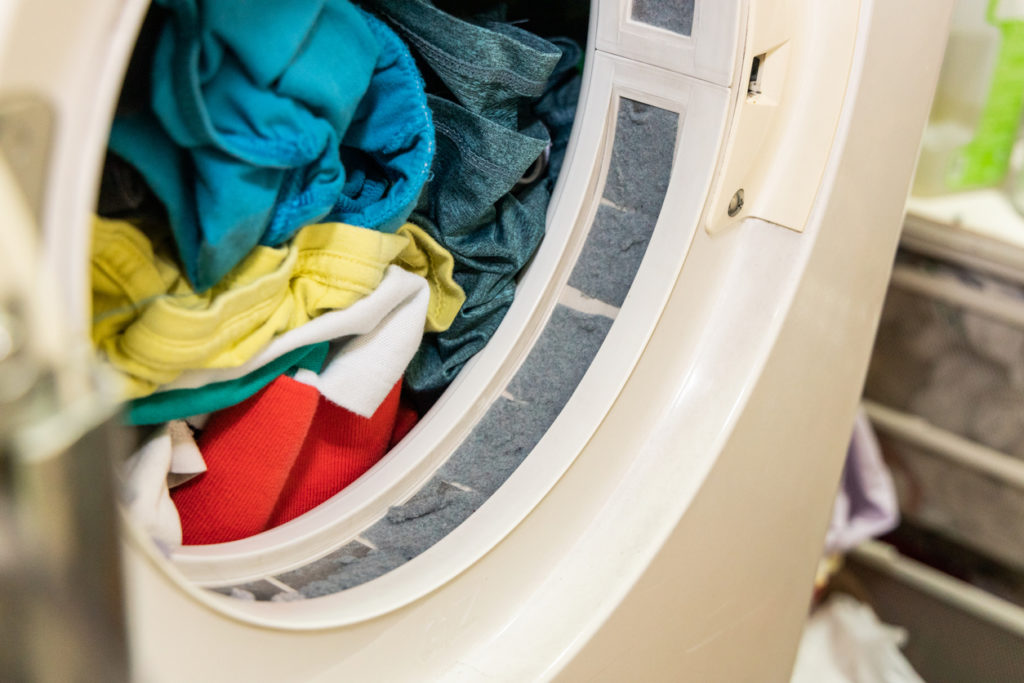 Lint is the word used for the tiny fibres of fabric that are shed from the edges of clothes, most often when you wash them in a washing  machine. These fibres tend to stick to the surfaces of other clothes and make it so that they don’t look fully clean, even straight after they’ve been washed.

Fabrics made of natural fibres like wool and cotton generate more lint than fabric made from synthetic materials, and some washing machines might be more likely to create lint problems than others.

This can be symptomatic of a faulty washing machine, or it can just be a problem with your washing processes.

Lint shed from lighter clothes onto darker ones and vice versa can give clothes a worn, faded or dusty look. When this is happening every time you wash your clothes in a washing machine, it can quickly get annoying.

That’s why we’ve compiled a list of tips you can follow to help prevent lint on clothes, making your clothes look clean again.

How to Prevent Lint on Clothes

Clean both your washer and drier filters before they’re full

Prevent fluff from floating around in your washing machine whilst you are washing clothes by giving loose lint the opportunity to filter out of the washing machine drum. This is the key to preventing lint on clothes you love.

A build-up of fluff in washing machine filters can mean that the lint that comes off your clothes in the wash can’t filter out of the drum, leaving it to circulate with your clean clothes. A blocked filter can also potentially become a fire hazard, as it can cause the machine to heat to a higher temperature than it’s supposed to.

Cleaning your washer or dryer’s filters before they get clogged should keep lint from sticking to your clothes, and generally keeps your machine running effectively and efficiently for longer.

Wash garments prone to attracting lint inside out

Give lint as little opportunity as possible to stick to the outside of your clothes by turning your clothes inside out before placing them in the washer or dryer. This means that any lint that does stick will hopefully be on the inside and therefore not visible to other people.

Separate clothes based on colours

Separating clothes into coloured batches will further reduce the visibility of lint on your clothes. The idea is that even if lint does stick to your clothes, separating from one item and clinging to another, it should be roughly the same colour as the item that it sticks to and therefore much less visible.

Washing lint shedding clothes on a gentler cycle means the fibres of the fabric will be disturbed less, meaning they will shed less lint.

Decide if there are lint shedding clothes you can afford to wash less often. This also means their fibres will be disturbed less and you’ll probably find that washing your clothes less helps preserve them. If you’ve worn a jumper over a shirt, for example, you might not necessarily need to wash it and can save a batch of clothes from being covered in lint.

If you follow all of this advice and lint is still building up on your clothes every time you wash them, your lint filter could be damaged or there could be a more series issue with your washing machine. Check our guide to troubleshooting washine machine issues or book a washing machine repair with us today.