How Do Diets Differ Over Time?

Most of us look forward to our evening meal and enjoy having a full belly before bed but judging by the sounds of some of the diets we have uncovered, this will not be the case for everybody.

While we may have stopped sending ourselves sick by swallowing soap and tapeworms, as we did in the early 1900s, some freaky diet fads are still going strong.

Health-hindering habits such as the smoking diet have dropped out of fashion, which may mean the teeth and throats of us Brits are getting a rest.

However, with Google searches for enamel-eroding juice cleanses rising by 850% in the last decade, and acidic apple cider vinegar diets also increasing, what we’re consuming is still a cause for concern.

It seems people are pushing aside their Atkins diet books and instead putting placenta on their plate. Search engine interest in the Atkins diet has dropped by half, while the placenta diet has increased over 300 times. 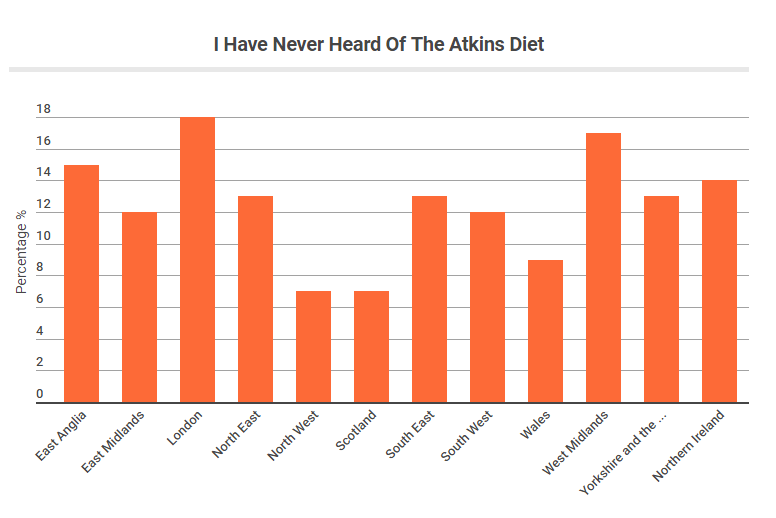 The rise in eating human organs may be leaving no room for animal product, as more and more people are searching for information on the raw vegan diet. This could help fill the gaps in the knowledge of nearly a third of those from the North East, who have never heard of the vegan diet.

This number is nothing compared to the nearly 8 in 10 people who have never heard of the Zone Diet, despite it being donned by celebrities like Jennifer Aniston.

The diet was least exposed to those who earned less than £10k a year, with three quarters unaware of what Zone consisted of.

As this particular weight loss scheme requires wolfing down a portion of carbs, protein and fat in every meal, it may not be one that many Brits bargain for.  Many of those quizzed chose to cut carb-heavy foods such as, white bread (30%) and potatoes (14%) from their diet to drop a dress size.

Some went a step further in restricting the ingredients they ingest, with 8% missing out on meat.

Those in the North West were most likely to lead a vegetarian life, with nearly 30%, while residents of Northern Ireland were least likely to, at only 1%.

Processed meats were also passed on by many, as nearly a quarter chose to sling their sausage sandwiches in order to slim down.

Income played a role on whether bacon was allowed at the breakfast table, as a quarter of those earning over £40k cut back on processed meat, as opposed to 16% of those earning less than £10k. 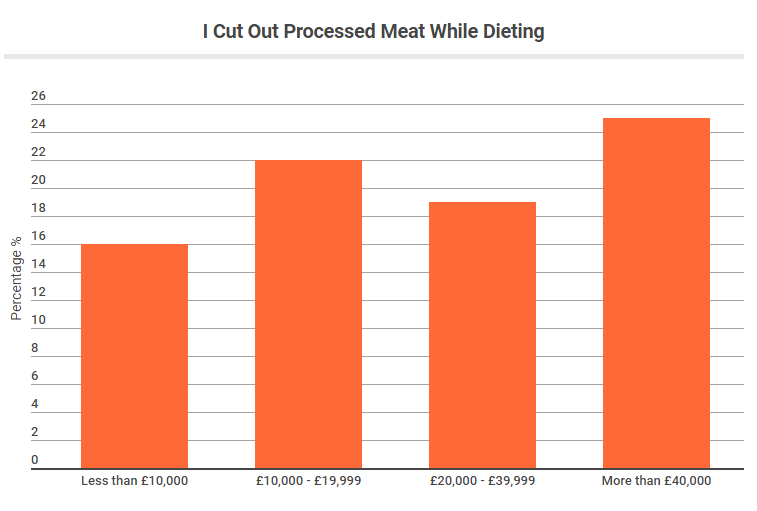 As you can see, there are many factors which play a role in how diets differ. However, in the end personal taste will play a primary part.

Regardless of what food you’re rustling up for dinner, it will taste better if prepared properly.

Ensure that you aren’t left with charred chicken or mushy muffins by keeping your oven in tip-top condition. If you’re experiencing problems with your appliance, don’t hesitate to book an oven repair today, and we will have you cooking up a storm again in no time!